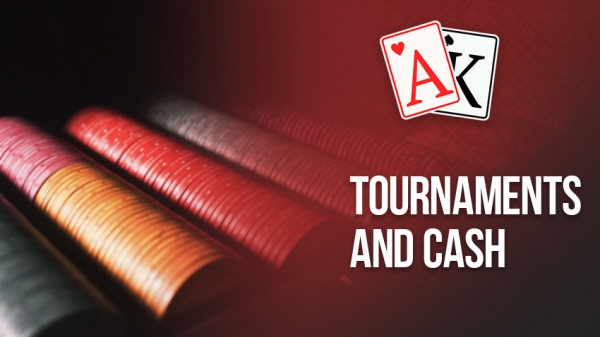 There are two main poker formats: cash games and tournament poker. Cash games are considered more promising in terms of making money, and tournaments are more exciting and interesting.

The difference between the two is the following

Clearly, there are some fundamental differences between cash games and tournament poker. In addition, there are different cash games and different types of tournaments; you can also play in an online casino or at home with your friends. So, let’s take a look at each format in a bit more detail.

This is the format where most players are first introduced to poker, many times played around the kitchen table.  As the name implies it is played for cash not chips, coupons, or any other medium. This type of game is played regularly all over the world in homes, clubs, casinos, and online.

Cash Hold'em is usually played by nine or ten players. With online poker appearance, short tables for 6 people have become more popular. More hands can be played here than at a full table, and the game is more aggressive. You can't just relax and wait for good cards to come, as the blinds pass very fast. Online cash games have gained a large army of fans.

Popular games as Hold'em, Stud or Omaha are played in the casino. In a company, people may play less common poker types often having very complicated rules such as "crisscross", "Double Reno", "baseball", "red and black", "bonus Omaha", etc. But we won’t cover them as poker will always remain poker. 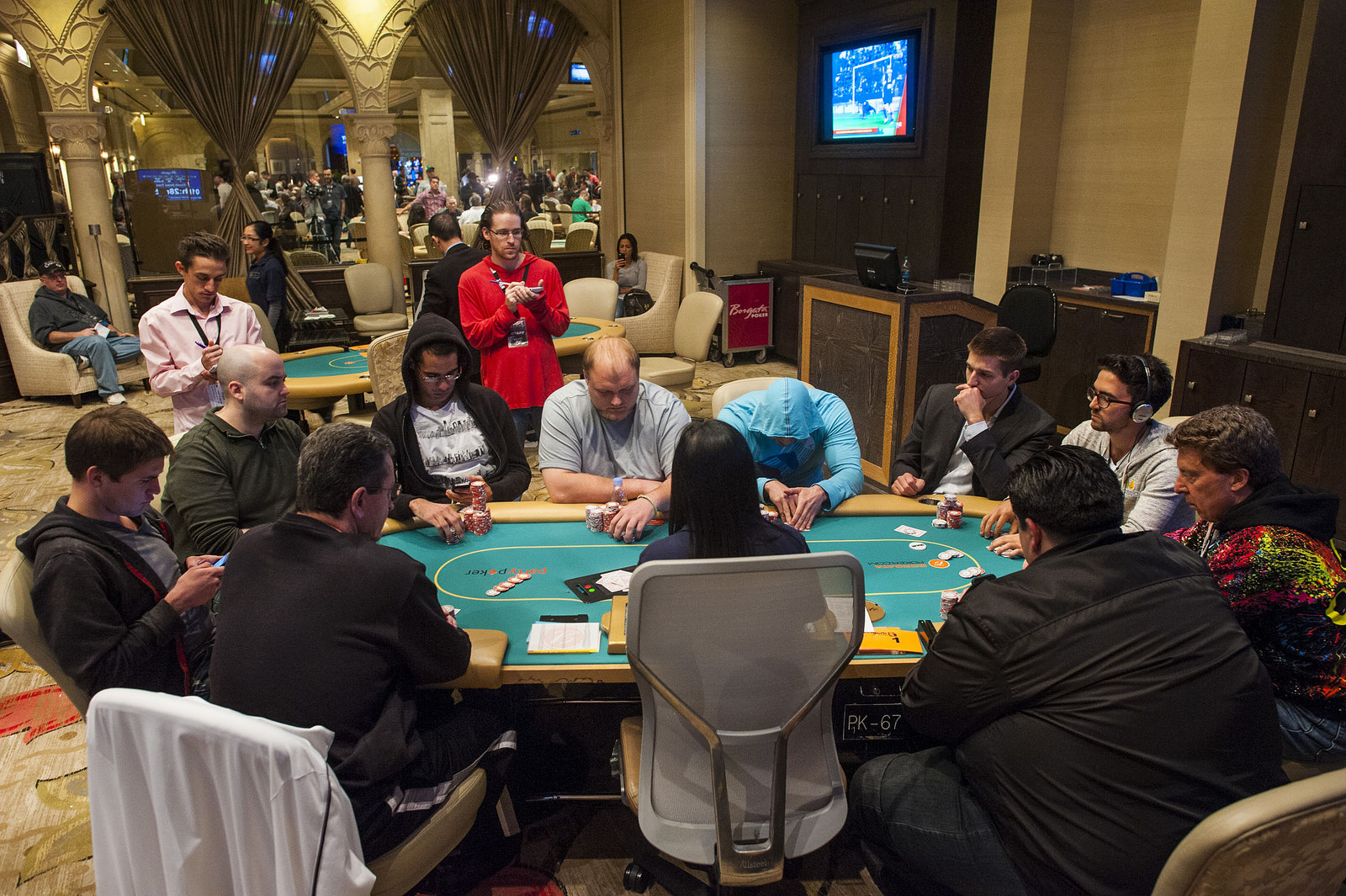 There are several types of tournaments. Like cash games, tournaments can be played in a casino, private clubs/houses, and online. Significant differences between the two formats were mentioned at the beginning of the article.

In a standard tournament format, all players enter for the same amount of money. Imagine that in order to participate in a No Limit Hold'em tournament you need to pay $55. Of this amount, $50 will go to the prize pool, and $5 will be a fee to play. Once you’ve paid, you get 2,000 in non-negotiable tournament chips. The blinds might start at $1 and $2 and escalate at regular intervals. The continual escalation of the blinds forces the players to “gamble” more versus just playing conservatively and waiting for premium cards.

The number of winners is normally dependent on the number of starting players. Typically in a tournament with a $50 entry fee, if there were 100 starting players providing a prize pool of $5,000, it may pay the last nine or ten players at the final table. The first place might be about 30 to 50% of the total prize pool, with less for the second, third, and so on.

Certainly, this was just an example. The number of your starting chips, blinds, the length of each round time and the prize pool distribution can vary significantly at the discretion of the tournament organizers. Always make sure you understand what’s being offered for each tournament dollar.

Remember that the chips have no real value. No matter how many chips you have - you can’t walk away and exchange them for real money. To get paid you must finish in the positions that get paid. If a tournament plays the top 10 players out of 100, then you’ll get nothing for finishing 11th -100th.

A freeze-out refers to any tournament format where you can’t rebuy or add to your chip stack – aside from winning pots. The cost of entry and the amount of starting chips is set in advance as mentioned above. If you lose all your chips, you’re out of the game. 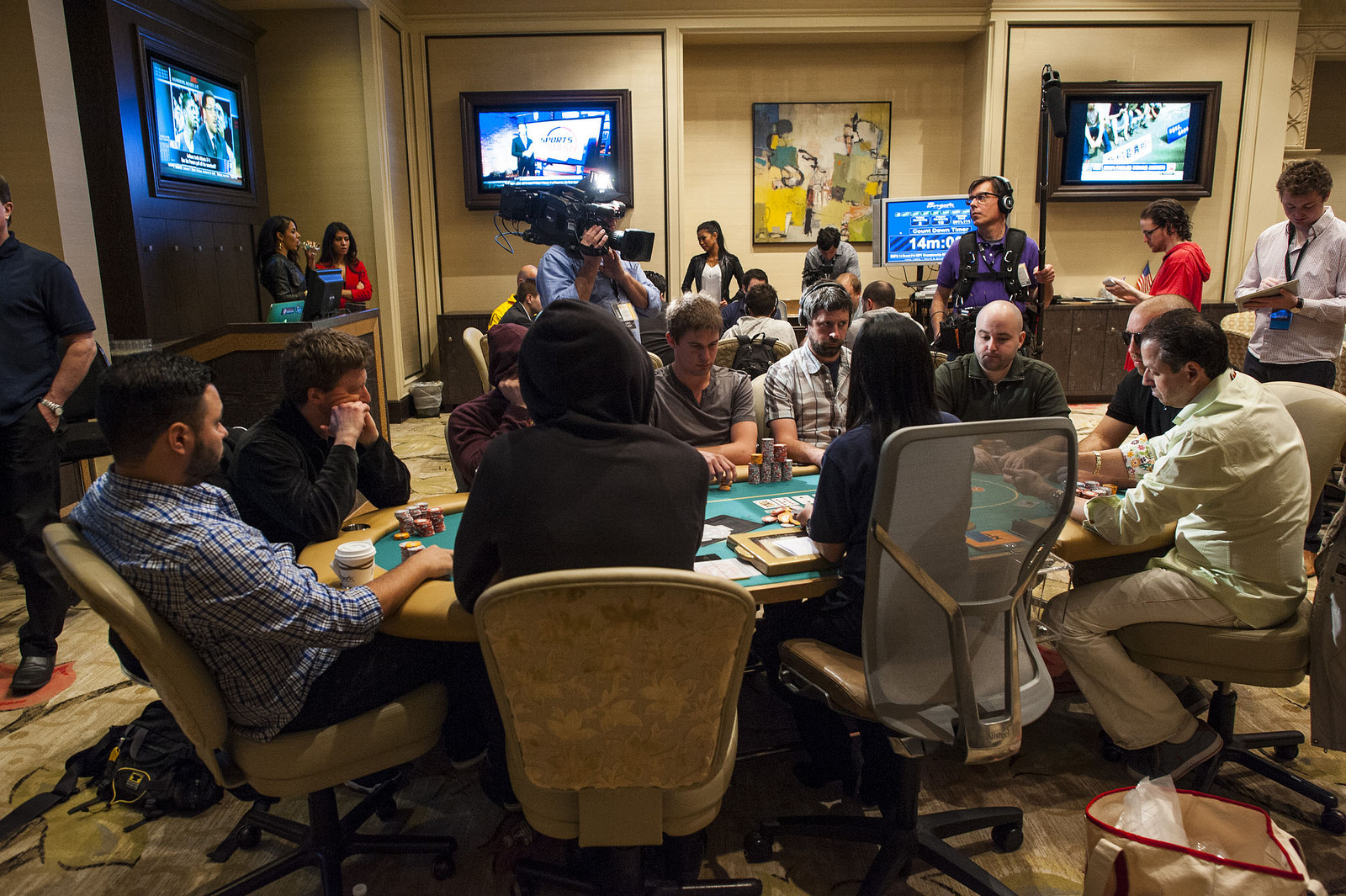 The main feature that makes tournaments different from cash games is that if you lose all of your chips, your game is over and you are out of the tournament. It’s not so in a rebuy tournament. This tournament format allows you to rebuy as many times as you wish. Just bear in mind that it can be done within a predetermined time limit, such as an hour or two. Many of these tournaments also offer an “add-on” which is the ability to purchase additional chips, until a certain point such as, for instance, before the first break. This format essentially changes the game strategy as the participants are not as fearful of getting into the red since they can rebuy. Once the rebuy period is over the tournament becomes a freeze out with no further chips added to play, and the game becomes tighter.

Satellites offer a cheap way of gaining entry into high buy-in tournaments. There are satellites where you win a “ticket” to another satellite, and so on. Some have free entry or just a couple of dollars.

This type of tournaments was started by the online poker sites but has now spread into off-line as well. They are played both one table as well as multiple tables. The name comes from the fact that to sign up all you need do is sit down. When the players have all sat down – it starts to “go”. As an example, you enter the room's lobby, select a one table SnG-tournament, pay your entry fee, and wait. Gradually other players are joining your table. The tournament starts when the last player who will complete the table sits down. One table SnGs normally pay the top three finalists.

As you can see, there are many forms this intriguing game can take. Each format has its own unique strategies. MTT Coach Leo DonLeon will tell in his video how to choose the most suitable tournament type and how to study the tournament game in a best way.

In our next lesson we will cover basic poker terms. This will enable you to feel at ease and understand professional players' slang.

3 tricks for run deep in tournaments