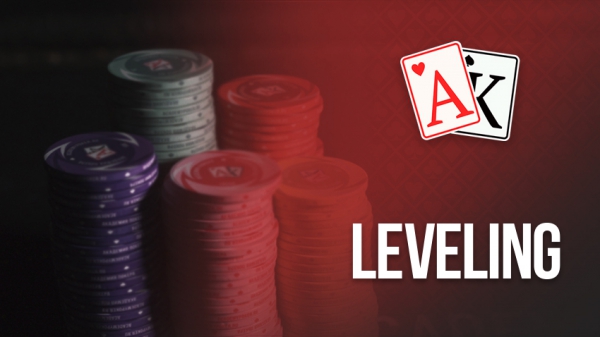 Professional poker training involves not just learning how to play, but also understanding why we should play in a certain way

Professional poker training involves not just learning how to play, but also understanding why we should play in a certain way. There are many situational factors, that should be taken into account before the decision is made. These factors may differ depending on whether we are playing a tournament- or a cash-, an off-line or online game. In this lesson, we’ll focus on tournament play.

There are many different factors to take into account when playing poker. In fact, it’s a poker complexity that is making the game so fun. You might have already seen something similar to this, but this specific list includes main situational factors related to tournament play:

In addition to thinking about our cards, there are different levels in which we should think about other players and the situation in general. The ability to identify and distinguish between these thinking levels makes you a good player. A real pro knows to read and see through his opponent. Our poker school offers a detailed description of all levels of thinking.

As mentioned above, the cards you hold are one small factor to consider. Most people will agree with this fact; many don’t evaluate their cards correctly when deciding on their actions at the table. In addition, online poker can create bad habits that will negatively affect your game. When playing online, the cards you hold are of high importance simply because you see your cards first. It's vital to learn to evaluate the strength of your hand correctly even before the game starts.

When we say the “decision-making process”, we emphasize the steps you should make before you start acting in a hand. Here is a typical order of steps (assuming you are a good player and are looking at your cards last): 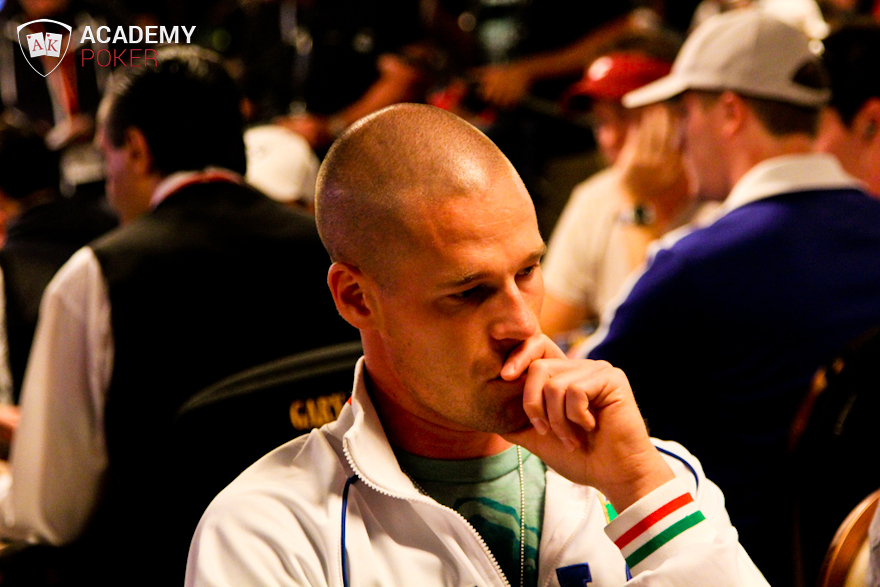 This is a perfect list of actions to follow in every situation. Why? Because in fact, you are not playing against the players. You are still allowing your cards to be the key factor in your decision-making process. Here is a more optimal process:

The key moment here is moving No.6 from the first list up to No.4 in the second list. No.5 in the second list is something that players usually do, but it’s very hard to stay at this third level of thinking in each hand. Keep in mind that the expected amount is a significant part of the decision-making process when all other factors are excluded. But the essence of this process is that we should be thinking about our cards after we’ve decided on a certain plan of action. For playing pre-flop this means not looking at your cards until you’ve chosen the strategy. This decision-making process is not only suitable for Hold'em. It’s quite effective for all other poker types.

This way of thinking doesn’t mean we are bluffing, it just means that we are considering our hand last in the process. This decision-making type allows separating the great player from the good one. Before many players will understand the importance of “playing the player”, they will get used to just playing cards.

Example of a game

Details: your rival is an experienced loose aggressive player. His main mistake is that he plays with his ego and doesn’t want to change the situation. But as you can see he usually has good cards. He always continues betting aggressively post flop, but you’ve noticed that he tends to bet more when he hits the flop. He also is not a player to get intimidated easily.

All other players went off the game as soon as the raise grew up to 1000. Let’s assume the rival holds

+ or a pair. Everyone has folded, and you are in the big blind with 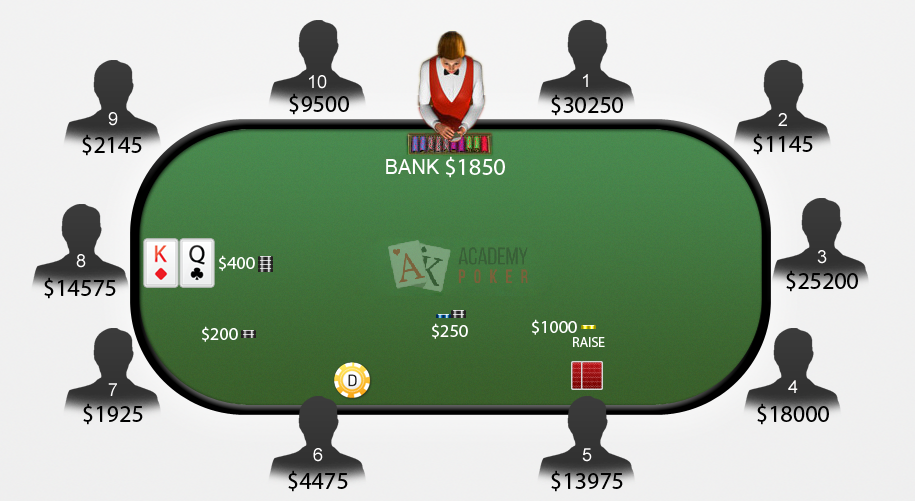 There are several ways to play in this situation based on various factors. Folding, raising or calling - all options are available. Let's consider the pros and cons of each of them:

and getting off the game is certainly not the best option. Given your stack size in relation to the blinds and your actions post-flop, folding is not relevant here.

Raising: if you keep the game under control should you raise? There are several options here. The rival is an experienced player who knows you consider him aggressive. He also understands that your raising has nothing to do with him being aggressive. Given your stack size, he can easily come ahead of you and make you fold even a good hand by demonstrating a top hand. Even having

it will not be the best idea to raise at this stage of the tournament.

Calling: we are at the very beginning of the final table, but deep enough into the game. The pot size is quite essential, you manage to read your rival, and this justifies making a call. 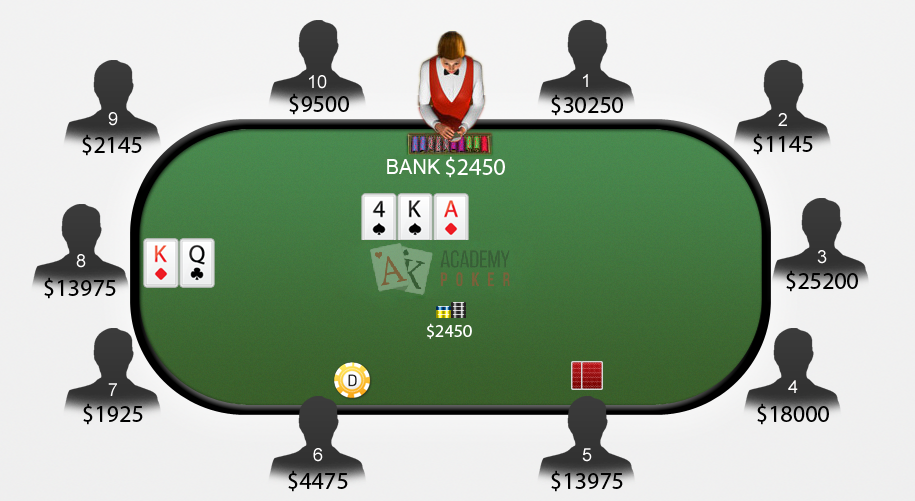 How should you play? Betting would be a good decision in such a situation, so we’ll bet and check. Yet, we are playing against an aggressive rival capable of raising our bet, so let’s control the pot size and our rival’s game. We already know the way he plays, when he hits the flop or not, so we can get the information we need without raising the pot. We check, and our opponent bets 1200 which makes up ? of the pot size: 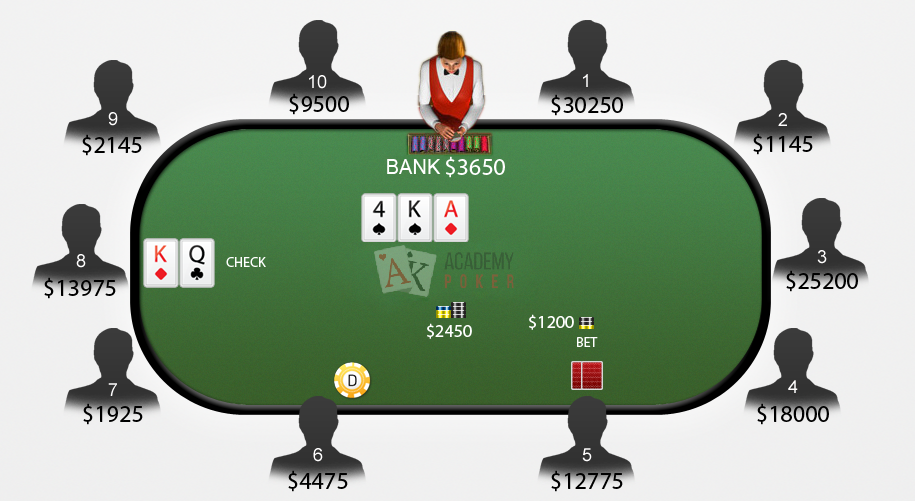 What does it say about him? Nothing has changed as he bets traditionally strong when he hits the flop, but it’s not likely that he has got an ace. In case he had an ace would he bet more to rule out our possible combinations? It’s also an option because he may hold any cards there. He might have a king, or an average pair, or a flush draw. Yet, we need to figure out what his cards are. But how can we do it? There are various reasons for raising and calling.

RAISE. We can raise if we feel confident about our cards. Many players check and raise when they have at least an ace. But these actions may put us against such a player. He knows we think he’s aggressive, he knows that we don’t need an ace to check or raise. So he may demonstrate having an ace and make us fold. We know what he’s capable of, and we should decide on whether we are ready to act this way based on levels of thinking.

Does it sound reasonable? Quite reasonable. And if we were terrible players, we wouldn't be even thinking about it. Still, we should properly evaluate raising.

CALLING. Calling in such a situation is often called a “float” as it was mentioned in one of our lessons. The purpose of making a call is to increase turn’s value or to take the pot with a bluff on the turn. An additional bonus of calling is that we control the pot size.

Against this particular rival, we’d decide on calling. Another things to consider here – is the hand worth it? If we had a strong ace he would think we would raise pre-flop. If we had A-hearts/J-clubs we would rather bet or check/raise. 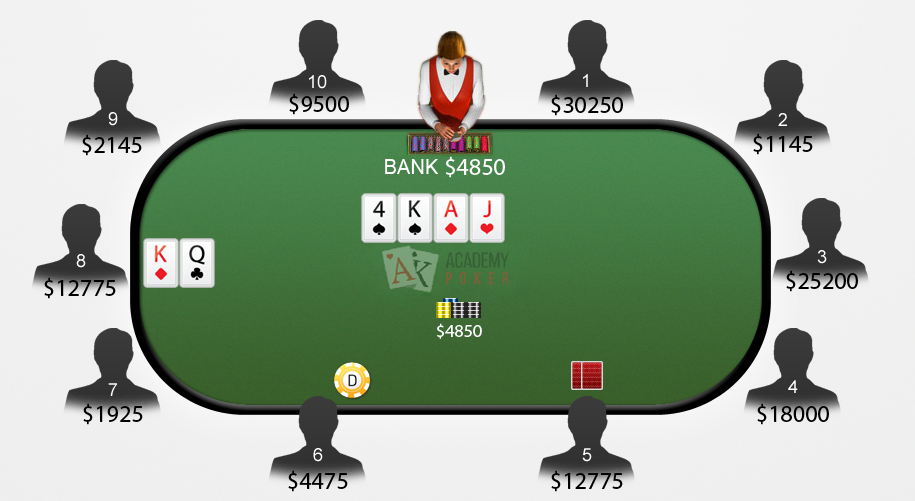 The Jack could be interesting to us in case we had

as it would make a straight. It’s exactly something to be cautious about, but we shouldn’t be afraid of monster-combinations yet. Jack gives us an incomplete straight. Should we bet or check in such a situation? If Jack is a scaring card, don’t bet too much. We can just pretend to be bluffing. We’d rather check here to keep the pot small. You check, and so does your rival.

. Now we have to understand what his check means, and how it may affect us. If a weak player checks, it should be a cause for concern. But we know that our rival is far from being bad. If he had an ace, a set, two pairs or a straight he would have bet the turn. Since he usually plays good cards we can assume he holds a pair

. So, how may it affect us? At this point, his behavior is just the same as it could be if he had an ace, a king, or a flush. Similar to the turn the bets’ size here is not high. We can check and believe that we are done. So, we check, and he bets 4500: 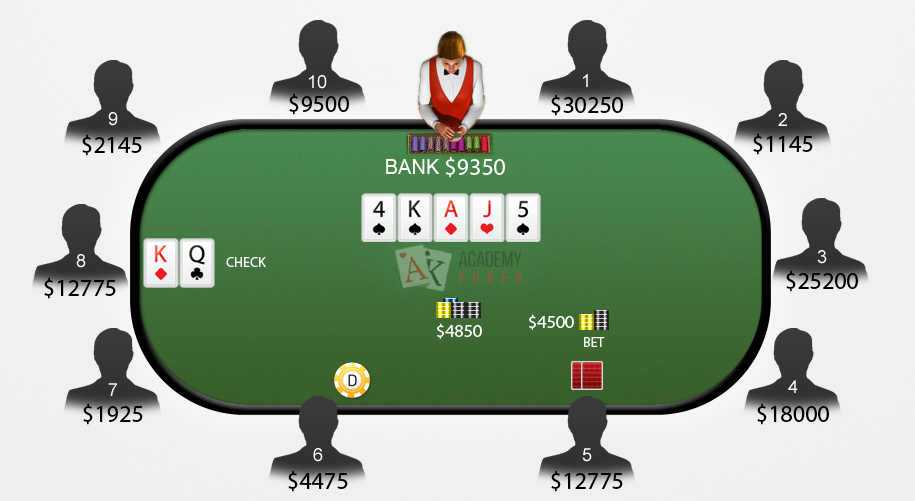 What does this mean? Could we have a better hand? We've considered all the factors and read his hand correctly at each stage. If he had an ace, two pairs, a set, or a straight he would have played differently. Since his hand wasn’t that strong, his ego was making decisions for him. After thinking over all the factors we decide in favor of a call. The rival shows his cards –

You already know what it means to think like a pro. To find out what a real pro should never do, watch the video.

In our next lesson, we will focus on the art of bluff? In other words – how to pull the wool over your rival’s eyes.