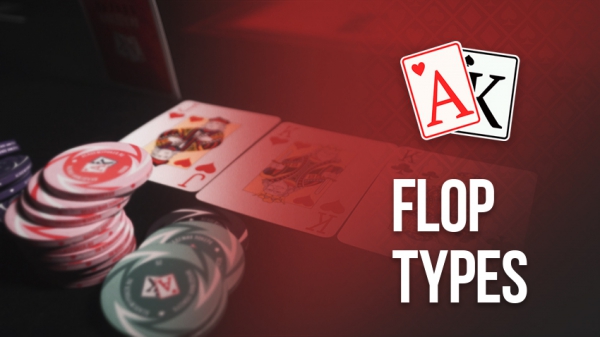 In previous academy poker articles, we've already mentioned Hold'em starting hands. Pocket cards are important, but the hand consists of five cards, not two. Your good starting hands can become trash already on the flop. Based on cards coming up on the flop, turn, and river, you should be able to conclude about your hand's strength or weakness. In this lesson we'll consider this situation in more detail.

Flop is a key stage of Hold'em. It enables you to understand your hand's potential and threat degree from other players. Various hands can be collected on the flop. We won't mention them all as it will take too much time. So, let's make it easier and divide the flop into several types:

A rainbow flop means that the three cards dealt on the flop are offsuit. In this situation no one holds completed flush in hand, since the maximum number of suited cards a player might have at this stage of the game is three (two in hand, one on the flop). If the turn comes a card of the fourth suit, then it's impossible to collect the flush in this hand at all.

Flop includes two suited cards. This means that the maximum number of suited cards a player can have at this game stage is four. If a player holds four suited cards, then he's “on the way to the flush,” and has two more chances to collect it - the turn and river.

If the flop contains three suited cards then, theoretically, someone can immediately hit the flush. This flop type is very dangerous. For example, if you've got K-K on your hand, then you've collected a set of Kings, and it's a good combination. But even this combination might be beaten. It should be played very cautiously.

Whenever a pair appears on the table, there is a chance of a full house and four of a kind. Both these combinations are impossible without two cards of the same value on the table.

In Hold'em, you get a total of seven cards, but only five make up a poker hand. It is important for you to know your top five cards. It's pretty easy, but even experienced players can make mistakes. Let's see how to simply and effectively “read the table.”

– the flop, turn and river

– your combination
In this example, the two on the river and a pair of eights on the flop make a full house. The queen and the four are not considered.

- the flop, turn and river

- your combination
In this example, you've got the flush thanks to the ten. This is an interesting case, since you had a pair of aces. But don't forget that you are using your top five cards.

- the flop, turn and river

- your combination
In this example, you’ve collected a straight on the turn and river, but you had a set of fours on the flop. 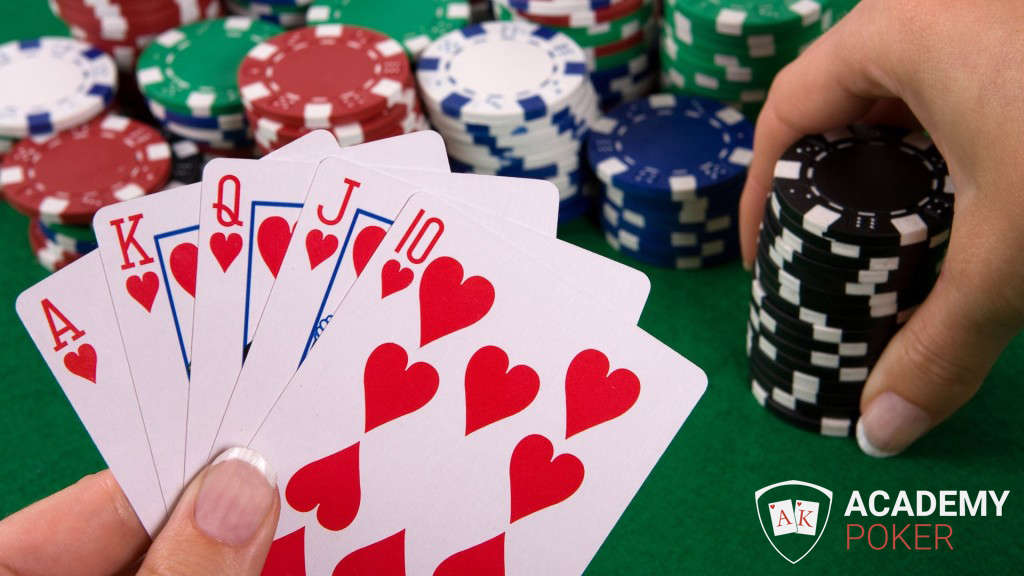 What is the nuts?

The term "nuts" means an unbeatable hand. Your opp may also have a strong hand, but it's nothing against the nuts.

- the flop, turn and river
The best cards for this board would be 8 and 10, as they provide straight in poker. With these cards, such a straight will be the nuts. 5 and 8 would also compose a straight, but it won't be the nuts. A hand higher than a straight is impossible on this specific flop, as there are no paired and suited cards.

- the flop, turn and river
On this board, the nuts is the four of eights since it's impossible to collect a stronger hand here.

Kspades/Khearts - your hole cards
Jhearts/2clubs/Kdiamonds/5clubs/8spades - the flop, turn and river
This flop gives you an opportunity to collect a set. If you hold a pair of kings, it’s undoubtedly the nuts.

Understanding the strength of your cards

You have to understand what cards your opp might have and evaluate the strength of your hand. Let’s consider a few more examples:

Aclubs/10hearts - your hole cards
8hearts/Aspades/2hearts/4hearts/Qhearts - the flop, turn and river
You've got a flash, but you can lose to players holding A, K or J-hearts. Your hand is in 4th place.

4hearts/4clubs - your hole cards
7clubs/4diamonds/5spades/6diamonds/3hearts - the flop, turn and river
You've got straight on this board, but it's also not the nuts in this situation. Any player holding an eight will beat you. But the one holding the eight and nine has the nuts and will beat any other combination in this hand. 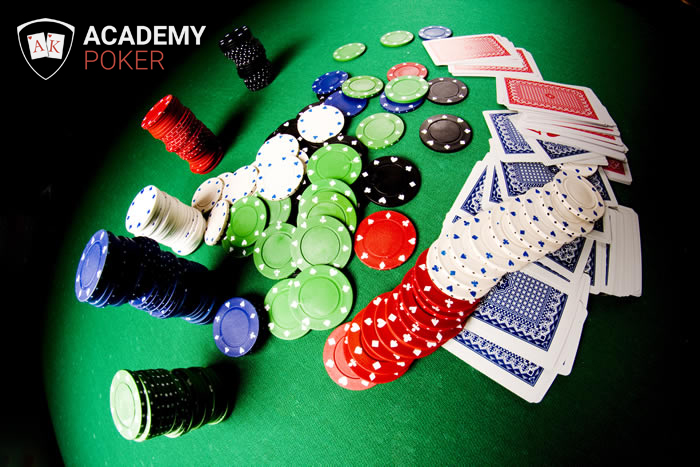 In Hold'em, you have to analyze the situation, focusing not only on those cards that are already on the table but also on what cards might be put out. Let’s consider some examples:

7clubs/7hearts - your hole cards
4diamonds/7spades/Q diamonds – the flop
• Strengths: you have a set of 7 - a fairly strong hand.
• Weaknesses: you haven't got the nuts yet. If the opponent holds a pair of pocket Queens, he will beat your hand. However, the set of sevens is quite a strong combination in this case (it’s not always that an opponent will have a pair of pocket Queens).
• Opportunities: your combination can still improve. Another 7 will provide you the four of a kind, and the 4 or Queen on the turn or river will provide a full house.
• Threats: the biggest threat in this case – on the turn or river the dealer opens any diamonds card that can provide your opponent the flush. However, if it’s a diamond seven, you will get the four of a kind, and this combination will be stronger than a possible flush.

7diamonds/6diamonds - your hole cards
5diamonds/8spades/2diamonds – the flop
• Strengths: there's a chance to hit straight (5678) or flush.
• Weaknesses: you don't have a combination in this case yet, and to get it you will need certain cards on the turn or river.
• Opportunities: the probability of hitting a monster on the turn and river is very high.
• Threats: if a diamond card comes on the turn or river, then you will have a flush, but a very low one. Your opponent may have a higher flush or even a straight flush.

Aclubs/4diamonds - your hole cards
7spades/Ahearts/10clubs – the flop
Strengths: a rainbow flop (offsuit), and a pair of aces - the highest available pair.
• Weaknesses: you've got a weak kicker - the four. You may lose to many of hands even if you hold very good cards. For example, you'll lose if your opp has an ace with the higher kicker.
• Opportunities: another ace would provide you trips, and another four - a second pair.
• Threats: due to a weak kicker, this combination is very vulnerable. 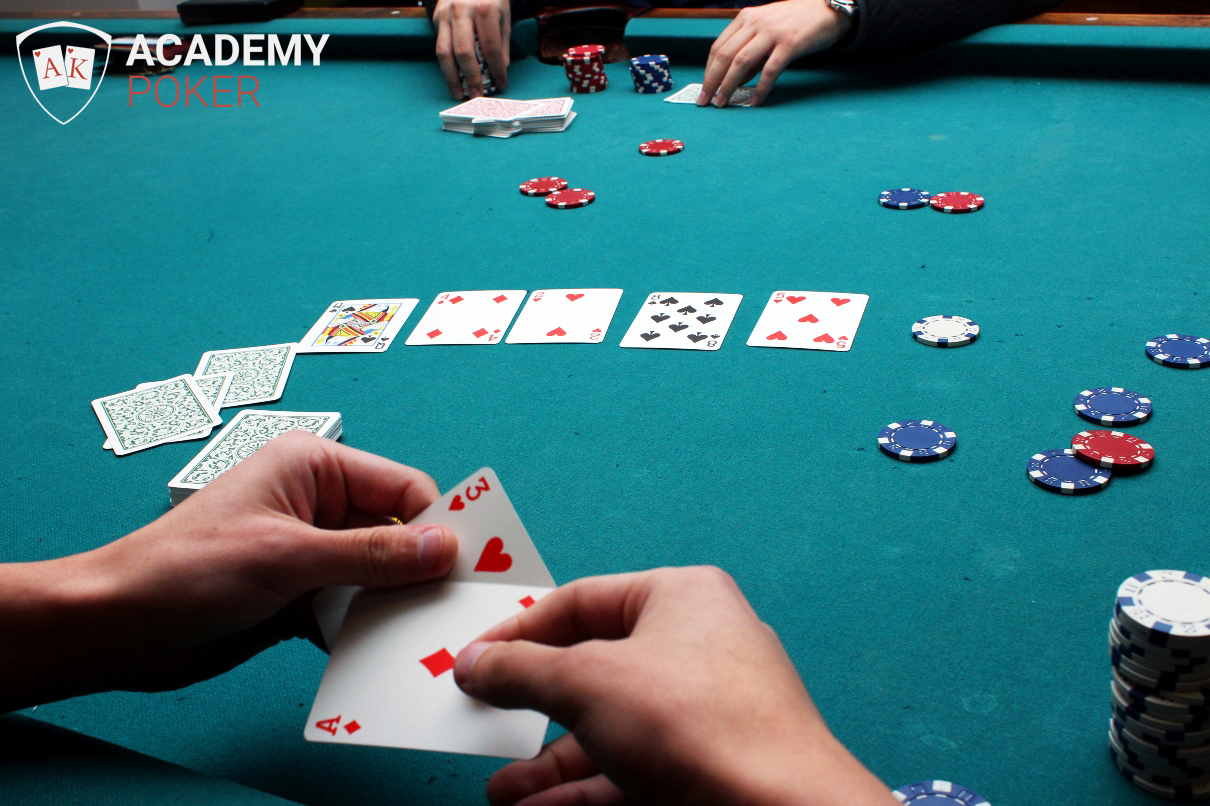 From the nuts to trash

Let's analyze a few situations when the nuts on the flop might turn into the trash on subsequent streets (the turn and river).

Aclubs/Khearts - your hole cards
10diamonds/Jhearts/Qhearts – the flop
What‘s your combination? You've got a nut straight from the flop. This is definitely a strong combination. But if you make some analysis, you'll realize that there's a possibility of a flush on further streets. Let's see how this situation may develop on the turn and river.

Aclubs/Khearts - your hole cards
10diamonds/Jhearts/Qhearts/Qdiamonds – the flop and turn
Once another Queen comes on the turn, your straight is no longer the nuts. If an opponent holds a Queen and a Jack or a Queen and a 10 then he has collected a full house. But suppose you are still ahead, and the opponent doesn't have a full house. What threats can you face on the river?
Aclubs/Khearts - your hole cards
10diamonds/Jhearts/Qhearts/Qdiamonds/Jdiamonds – the flop, turn and river

This situation is more dangerous. Jack on the river makes your hand much worse. Here, your opps may hit a flush. And in addition the probability of your opponents to collect a full house is much higher. He no longer needs to have two identical cards in his hand, one Jack or Queen will be enough.

In case this material was too complex for you, we advise you to get back to it again and then try to practice the knowledge you've received. Of course, it will take time to acquire the necessary skills, but soon you will see your game getting improved. In our next lesson you will learn about the types of poker players and the factors that influence their game.