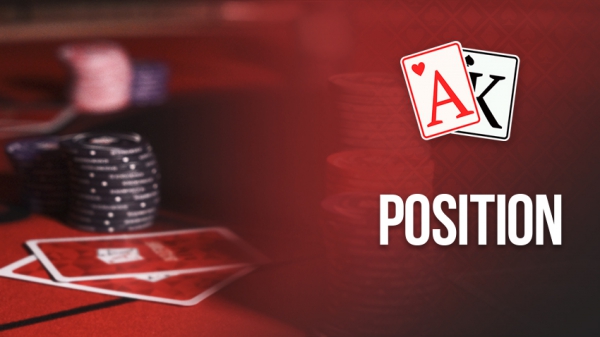 Professional poker training takes you step by step to a new level. Each new lesson will help you to build the necessary knowledge base and achieve the desired goal. In this lesson we will consider the value of your position at the poker table.

Position, that is your place at the table, determines your turn to act. The players first to act are considered to be in “early position”. The term "late position" means that on the turn and river you will be the last to act (dealer position, "on the button"). The seat to the immediate right of the dealer is known as the "cut off" (CO). If the preflop blinds are the last to act, they act first on the flop, turn, and river - the next betting rounds.

WHY LATE POSITION IS SO IMPORTANT?

These are the best seats to have because you can see all the action ahead and can gather the most information before making your decision. If you are lucky enough, you can bet and win the pot even preflop or flop. If your hand is not the best one or you hold a good pair with a bad kicker, and there were many bets before you, you can just fold without losing anything. There are many players who don't understand the meaning of poker position, but it can provide you a key advantage.

POSITION AND AGGRESSION COMBINATION. Late position and aggressive style are a superpower, especially in No Limit Hold'em. When you have a position, there's a lot of room for action: 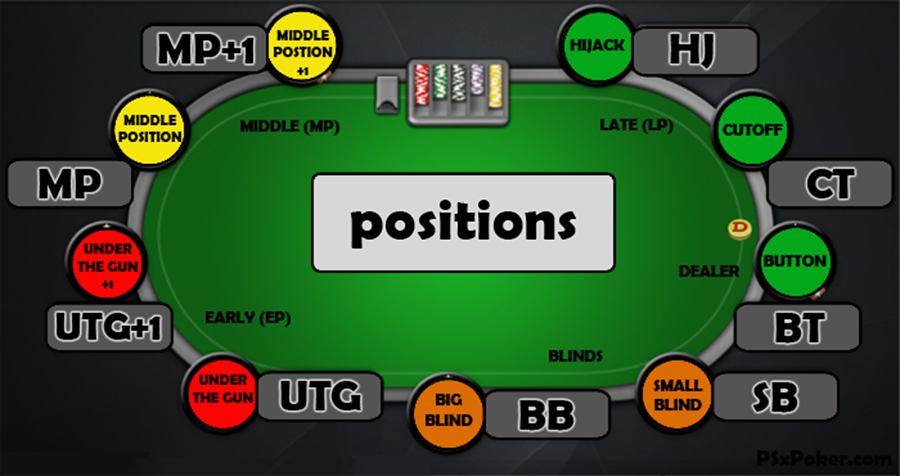 GAME OUT OF POSITION

There are pros and cons of being the first to act. The main disadvantage is that you have no idea of your opponent`s strength. You will have to watch other players’ actions or to bet and check their reaction. There are too many aggressive players, so it’s very difficult to understand what cards your opponents might have. You may conclude that you shouldn't play when out of position, but this is not true. It depends a lot on who you play with. For example, you can win with your bluff against one or two players who only bet when having good cards. Thinking that you’ve got the best hand, they would rather fold than try to beat you on the turn and river.

PRE-FLOP. Let's consider an example when two players in middle position call the big blind, and you are in late position having

. Having such cards you can either raise or call; let’s assume we’ve decided to call. You call the big blind, the small blind also calls to the size of the big blind. The player in the big blind checks. Thus, five people stay in the game.

To learn more about playing pre-flop in position, watch this video by our MTT coach Marcus Morris. He covers this topic starting from the minute 2:15.

FLOP. The dealer puts out the flop 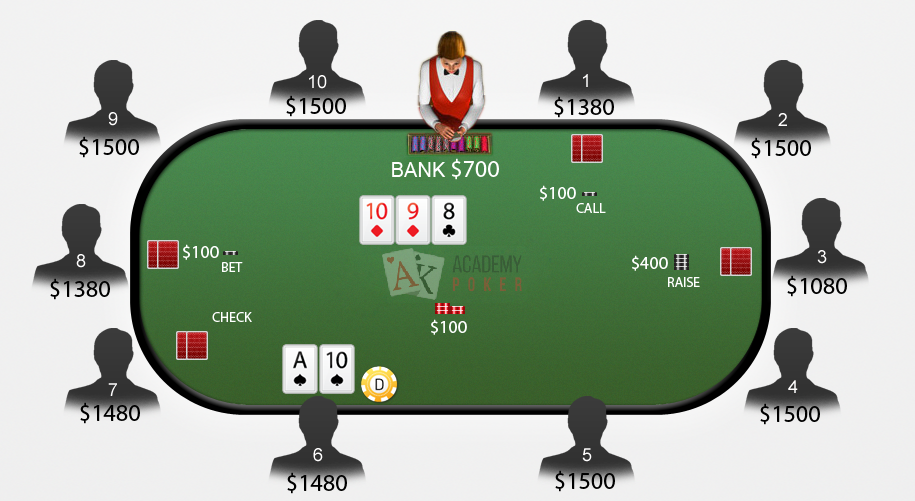 Since you are having a position, you can see what other players will do and fold if needed. You hold a good pair and the best kicker. But what do your opponents have? With such a flop there's plenty of combinations that can beat you - for instance, two pairs, a set or even a straight. You may hope that the ace will come up and make two pairs, yet, if there will be

, then someone might hit a flush. Since you are having a position, the best decision will be to fold so you'll lose a least of chips. If you were the first to act, you would have to bet, i.e. put out your chips, to understand what cards your opponents had. Our example clearly shows the game value when having a position.

Position is one of poker key components, and although we've just somewhat touched on this topic, we hope that you've managed to understand its power. Later on you will learn more about the game when having a position.

In the next lesson, we'll cover the topic of poker pot odds and how they can be used.