The rules of online poker bets 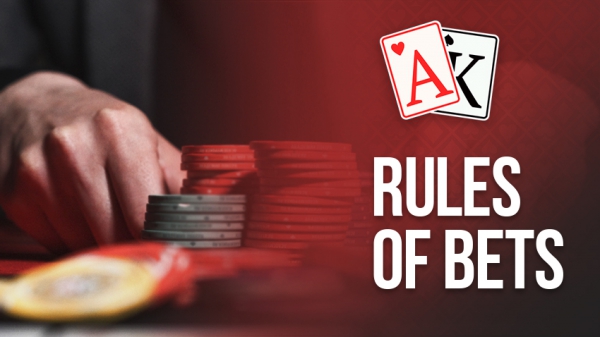 At the previous poker lesson we dealt with Texas Hold'em basics, but, to keep the logical order, we didn’t dwell on poker bets.

Within our lessons, we try to provide new information in a way that it will be easy to understand for the new poker players.

In limit games, as the name implies, the bets' size is limited by the casino or poker room rules. In a 2/4 limit game, the first two rounds assume $2 increment: a player can either bet $2 or raise / re-raise with a $2 increment. In the next two rounds, players raise or re-raise with a $4 increment. Let's consider the first round of betting. The small blind size in our example is $1, which means that the “under the gun” player (the first player to the left of the big blind) might:

He has no right to check as the blinds have been put.

After the first betting round, the first three community cards appear on the board. The players are still limited to a maximum poker bet of $2. After the turn, the minimum bet in our example rises: if you want to continue the game, the bet should be $4, and you can raise it by $4 maximum.

In limit Texas Hold'em games, the number of possible raises is usually limited as well. More often, bet increment is possible three times per round. Thus, in limit poker types, the pot increase ratio is the lowest.

In a Pot Limit game, no player can raise more than the size of the total pot. A pot limit game can cost you much more than a limit game. The pot grows so does the bets. The course shows that the most effective way to teach this issue is based on specific examples, using the same $1/2 limit.

In Pot Limit, a UTG player has the same options as a limit poker player: he can match the bet, fold or raise. The minimum amount he can raise by is $2, i.e. the previous bet size. The maximum is $5: the pot consists of a small blind of $1 + big blind of $2 + the player sitting after the big blind is supposed to react to the big blind, which will add another $2.

As you can see, the pot and bets' size in Pot Limit hold'em grow faster versus the limit game. Here, the post-flop requires special attention. Pre-flop bets are usually rather small, but post flop they can grow sharply.

Next, we will talk on what to do if you don't have enough chips to bet. In this case, you go all-in. "Going all-in" means to put all the remaining chips, and a player always has the right to do so. For example, a player bets $50, goes all-in, and everyone folds, except for the player who has got only $30 at the table: 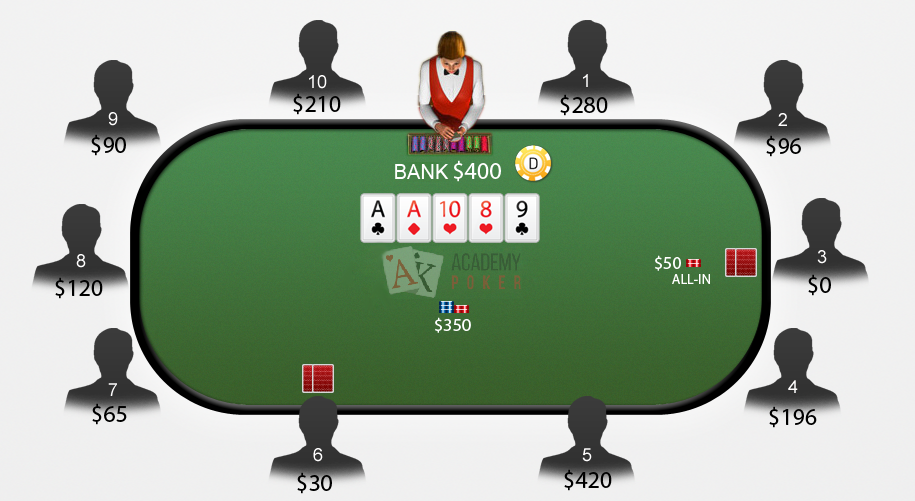 Of course, he can't match the $50 bet, but he can go all-in and put his $30. Until new players join the game, the first player takes the extra $20 back (to equalize his bet with the opp's bet). See picture 2. 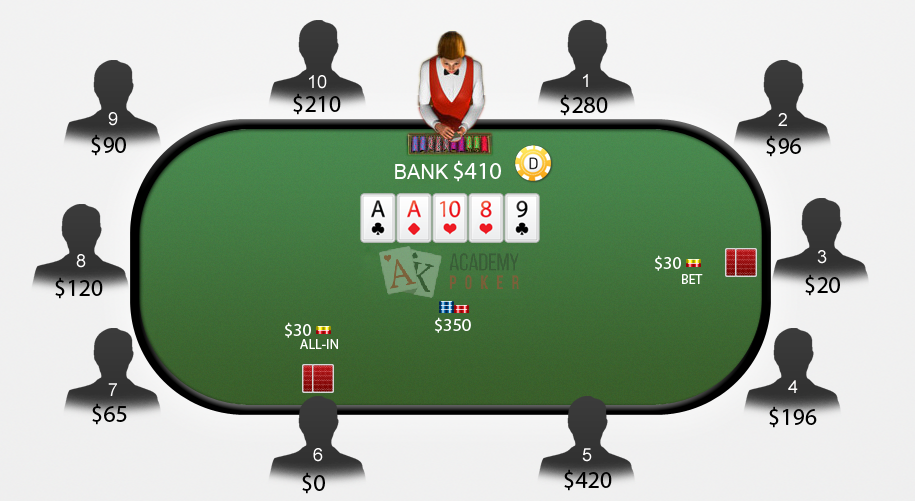 Players can't get their bets back, but they can pick up the extra money when another player goes all-in with a smaller amount. Similar to our No Limit Hold'em example, where a player could bet $ 10,000. If the player next to him has got just $10, he matches, and everyone else folds, the player having $ 10,000 picks up $ 9.990. Betting is over as the all-in player has no more money left, and the winner is announced (after the river).

Now, let’s see what happens if there are more than two players left in the hand. This somewhat complicates the game, and for this case, side pots are created. See picture 3, which shows three players remaining in the hand. Two players have $50 each, and the third one has $10 only. In this example, the pot consists of $40 as player 3, having $50, bets $20: 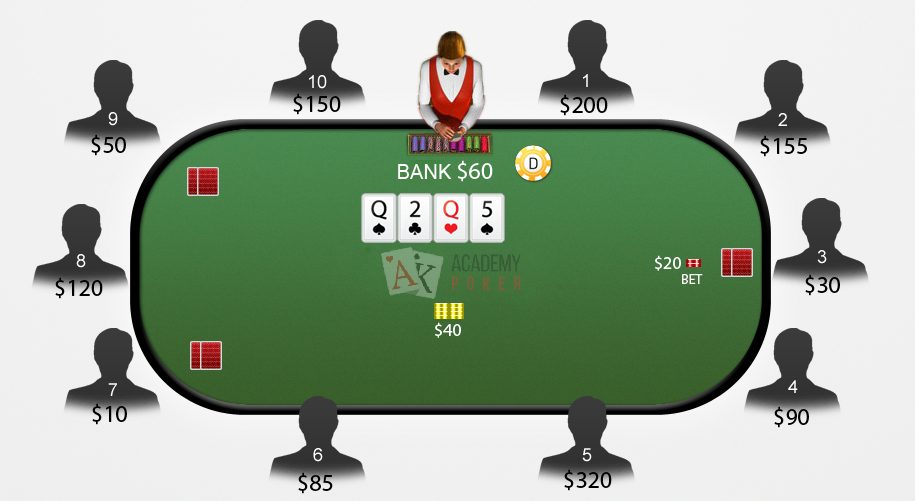 If player 7 decides to call and thereby go all-in with his $10, the last active player (player 9), having $50, can call as well, but only $20 as this is the original bet. By the way, he can also raise. In case he decides to calls, a side pot is created, as shown in picture 4: 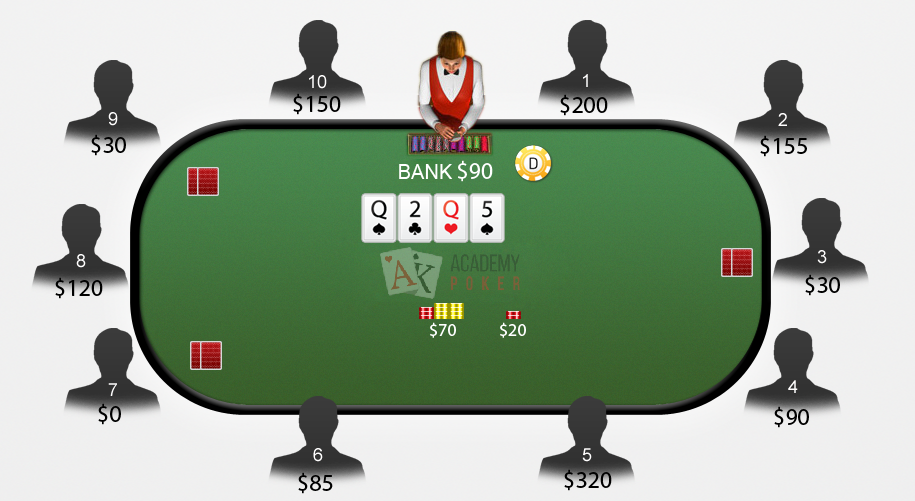 A new betting round starts with the next card. Thereafter, the bets will be added to the side pot and not to the main one. Players 3 and 9 can win both the main and side pot if their hands beat the hands of all-in players. If player 7 has the best hand after the final betting round, he wins $70. The side pot will go to player 3 or player 9, depending on who of them has the stronger hand.

Sometimes there can be several side pots within one hand if a large number of players is involved. As not everyone has a sufficient number of chips, players having fewer chips can't win from another player more chips than they have a bet.