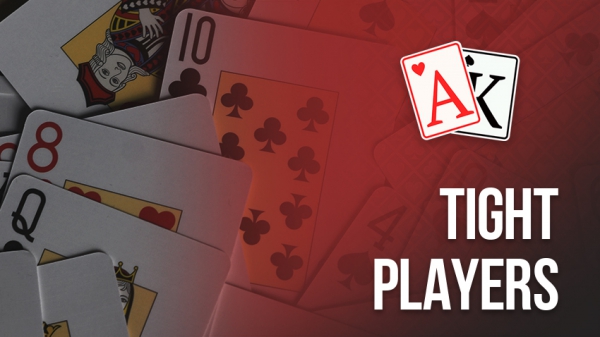 How different types of tight players play the game

Poker school will consider two basic types of tight players and the game against them.

Example of a game. Call and playing the flop

PLAYER INFORMATION. There are four players between the villain and you, he doesn't play every hand. In one of the hands, he bets and takes the blinds, in two other hands he raises pre-flop, and someone calls him, on the flop, turn and the river he checks having collected no combination with

. Your image is quite tight, and there are no reasons to believe you're playing aggressively.

PREFLOP. Your opp is in late position and raises to 600. You know he is a tight player and raises rarely. The button and the small blind fold, and you are in the big blind holding XX (XX = any two cards). Should you act? 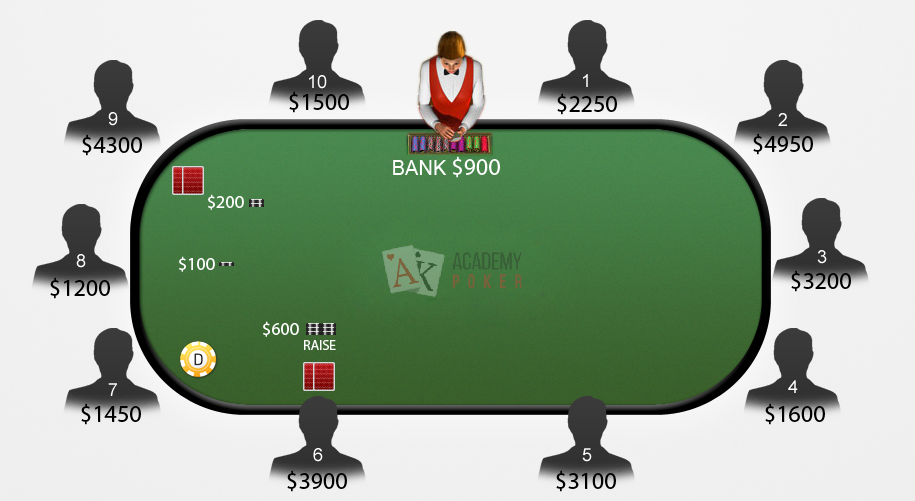 It may seem that the answer is negative. Why enter the game with someone who starts playing only with premium cards? But let's take a look at the hands. There's a tight player, who prefers a passive style. We can use his passivity to successfully bluff. The fact that he raised doesn’t mean he holds

. He is in late position, so he might also have

If you choose to play this hand, should you raise or call? 3-bet will provide an image of a strong hand, but our stack is not so big to just spend your chips. On the other hand, it's not so small to push pre-flop (big risk for a small pot - risking all of our stack for 900 chips). Better save the chips for the flop. In such a situation, the call is a rather good decision, as we know that our rival is happy with his cards. He will not play the flop passively, which will enable us to take the pot using the bluff.

. After you've called, the pot makes up 1300, and your rival's stack is 3900. Demonstrate you've got an ace when playing against such an opp. 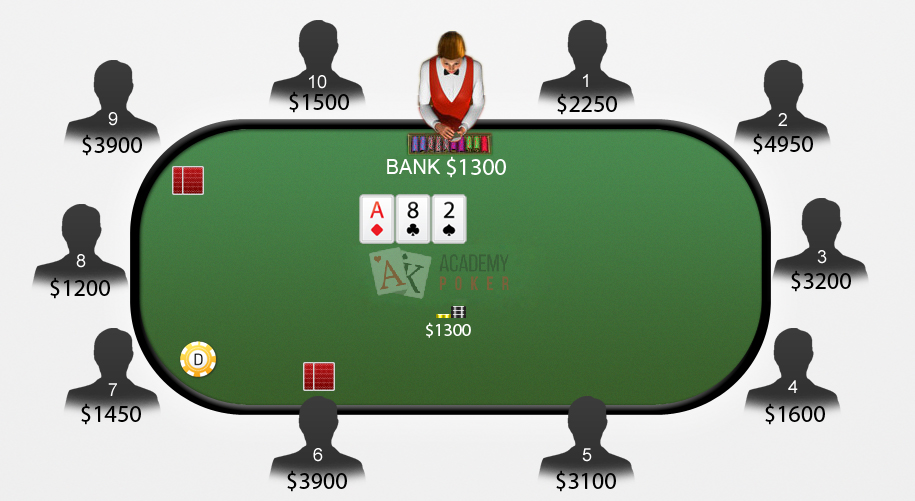 Since we are demonstrating being a tight player, it’s easy to believe we hold an ace. And we can easily understand whether a villain has an ace depending on his game on the flop. We recommend betting about 800-1000 chips. This will make an opp worry as it’s 25% of his stack. He can't afford to bet on the turn, so he'll have to play the game. Your goal is to make him part with his chips. So, just make bet. Bet 900, and he will fold showing

In addition to tight and aggressive players, there are also weak players, and you should know how to play against them as well. In our next lesson, we'll learn how to beat a novice.