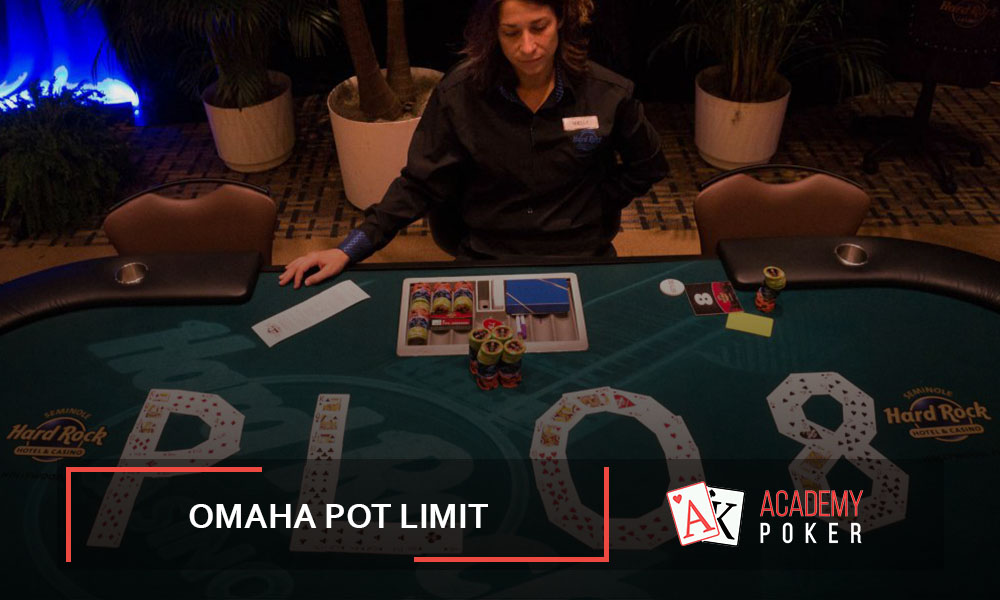 In Front of you poker lesson where it introduces the basic principles of Omaha poker game. Its differences and basic advice for the Pot limit Omaha. Now Omaha is second of the most popular poker games in the world after Hold’em. Before the Poker boom in 2003 Omaha was distributed in american cards rooms and was the most popular cash game in Europe. When Hold’em became a certain poker standart game, Omaha stayed the most popular alternative. No one world series of poker tournaments goes without Omaha with quite high buy - ins.

It is very rare to play with no limits in Omaha. Because its features make it more action game than Hold’em. It is based on draw and requires more developed structure. Therefore it is customary to play Pot Limit or Limit format. In Hold’em the most important rounds of betting are preflop and flop, when in Omaha the most important streets are flop and turn. Comparing these two games they cal Hold’em is Game of Flop and Omaha is Game of Nuts or Game of Turn.

In this article the main characteristics of Omaha poker strategy will be deeply analysed.

So, let's look at key skills of the good Pot Limit Omaha player: 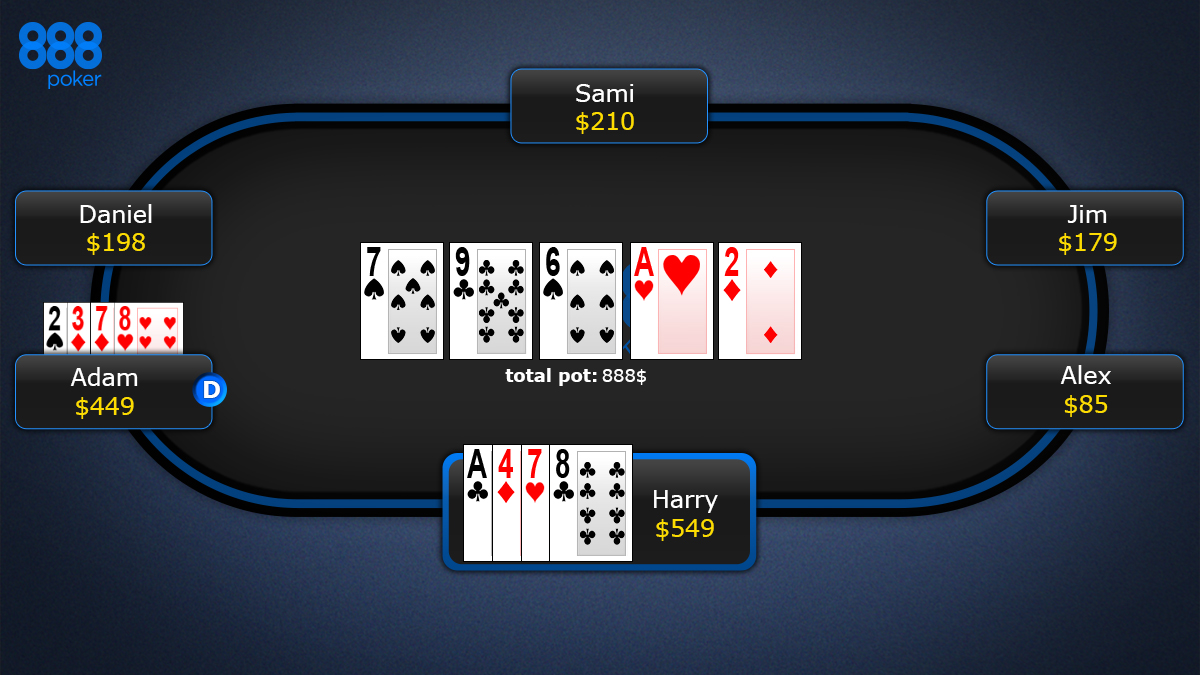 If you are absolutely unfamiliar with Pot limit games it is necessary to understand conceptual differences with No limit games. But first you need to know what the Pot Limit format means - is that maximum bet in Pot limit game equal to the total pot size including your call. It is not hard. Let's take an example:

Sometimes it is hard to count. If pot is 424$, someone bets 68$, what is the maximum you may bet? No need to waste time counting. Just say “pot” then count. Initially count your call then add total pot size with all bets and then your own bet. In this case, the maximum bet size will be 628$. 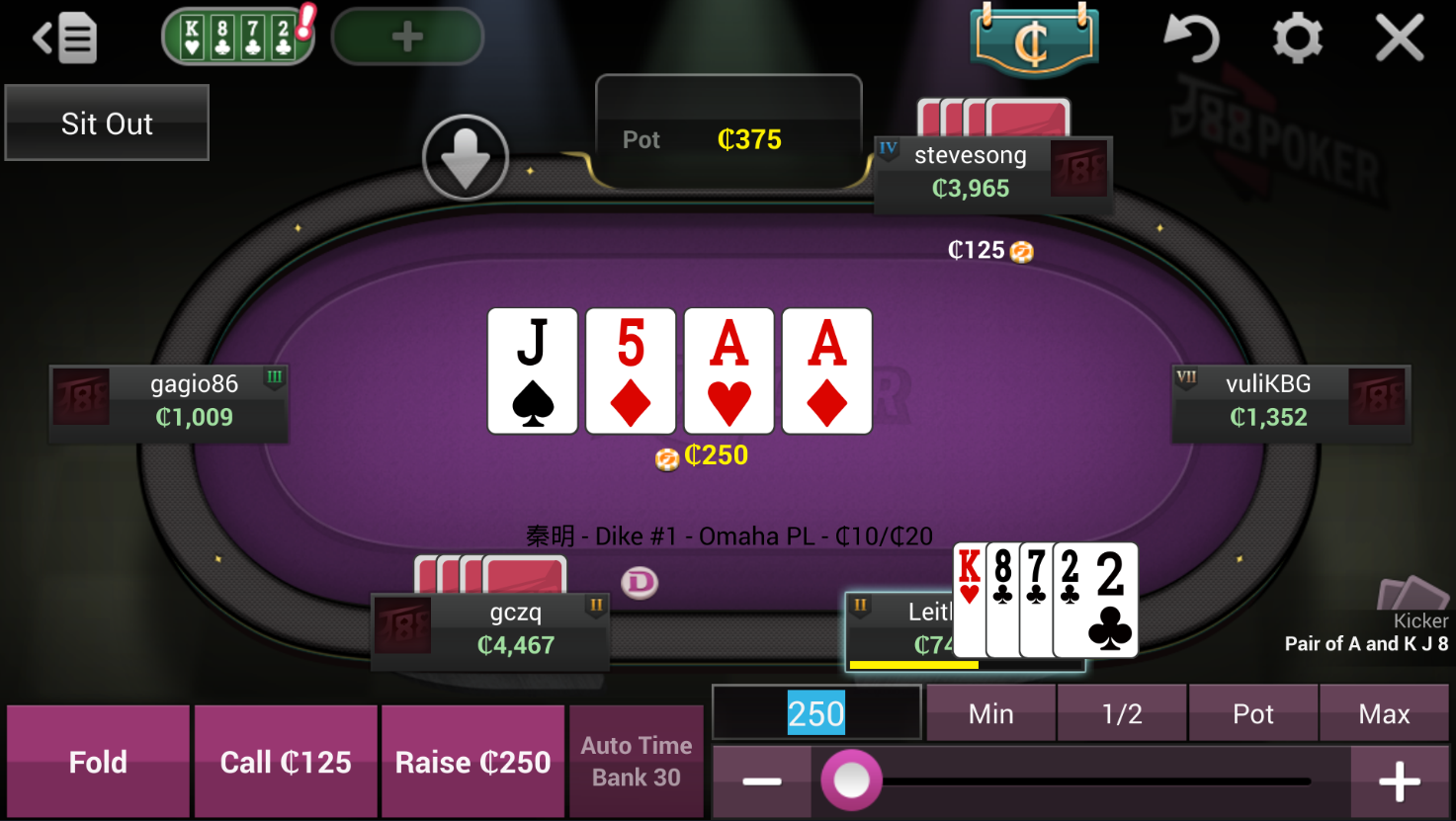 Now that the betting mechanism is clear, let's look at the differences. First what you can see is that in Pot Limit poker bets are significantly higher than in No Limit games. In Hold’em you will bet 800$ in 1000$ pot. In Pot Limit format the same hand will bet 1000$. The reason is the power of the bet. If you bet three quarters of the pot the bet seems more dangerous than all-in. In Pot Limit games pot size bet shows a very strong hand. What will be unusual for a No Limit Hold’em player.

Also in Pot Limit game “check - raise” it is standard strategy and is used pretty often. The reason is simple. If in pot there is 100$ your move is first but want to push all-in 200$, you cannot do that. Maximum bet will be 100$. But if you will check and raise 50$ then you can put in the pot all of your money. Another difference in betting structure is the problem in defending strong hands on early streets and on pre flop. In a closed pot with blinds 1$ /2$ potraise equals 7$ (1$+2$+2$=5$ what forms maximum bet as 2$+5$), and this is only half of standard raise in No Limit game of the same kind limits.

Now let's look at important recommendations on how to play Pot Limit Omaha: 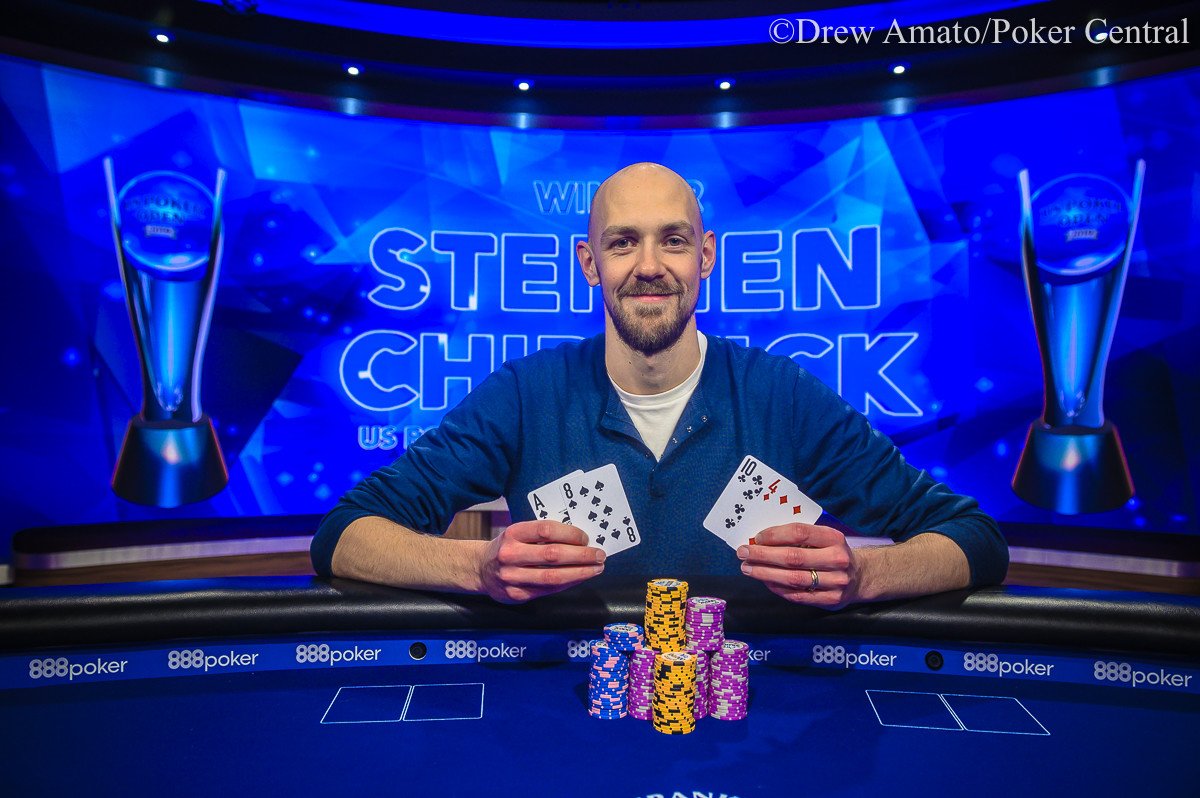 And in the end I would like to consider the most frequent mistakes meeting in Pot Limit Omaha:

In Omaha it is very important to understand the meaning of blinds. Read about blinds in poker in the next article.