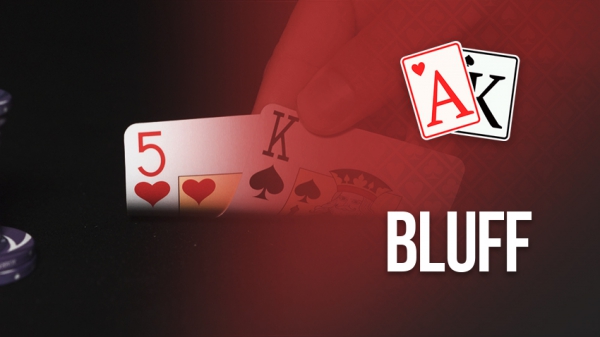 We have already emphasized the point that your cards' strength is the last thing you should be thinking about when making your decisions. What makes no-limit hold'em so special? Fun and profit you gain when you manage to beat your rival.

The main issue of this lesson is how to behave with players having reached the second and third levels of thinking. Let us remind you that the second level contains the question “what are my rivals’ cards?” while being on the third level we deal with “what do they think I have?” Our task is to bluff and makes our rival believe it. In addition, we should be ready “to rise” to the third level of thinking. This means you should be aware of factors your rival's decisions are based on. Your table image, your opponent’s table image, stack size, current situation and so on.

An objective of bluffing in poker is to provide your rivals with wrong information regarding your cards. There are two options: to demonstrate that your hand is much stronger than the one you have in reality and vice versa. Every action and bet of yours should contribute to a certain story you want everyone to believe in. There are different ways "to tell this story" including your bets size, decisions made, and your stack size.

Here are some examples of how to represent a strong hand:

Cbet has been mentioned in more than one of our lessons, so we won’t spend on it too much time. Just remember that having raised pre-flop you don't have to automatically bet on the flop. To bet or not to bet, and what the bet size should depend on many factors, including your table image, your position, flop structure, stack size, and your rival features. You need to demonstrate strength, and your bets are the best way to do this.

Your bets size is a key point of your bluff, and it must be based on your rivals' further actions. For example, you raise, and the big blind calls; the flop comes

. If you hold an ace, how will you play it? If you bet 1/3 of the pot size, will they believe you have an ace? Most probably not. In such a situation, the best decision will be to bet to 2/3 of the pot size to give players with drawing hands a chance to stay in.

If you bet on the flop, get called and check on the turn, you are showing your weakness. What’s the story that you are trying to tell? That you've seen the flop and bet just in the hope your rival will believe you. Many players would raise the flop bet in such a situation to see how you'll play on the turn. But what cards you were representing on the flop? If you have really had such cards, would you need the turn? Since you want others to believe your bluff, you'll have to bet on the turn accordingly.

For example, you made a bet on an average flop

, and the turn came an ace. This is the best moment to fire the second barrel. Your rival may respond on the flop with a medium pair in order to raise the turn value and beat you with

. Since there's an ace, you may have one of many combinations that will easily beat his hand, so it will be hard for him to stay in. As the bets' size increases, you realize that your rival is too weak to bet - 2/3 of the pot. Don’t let the fear stop you!

The greatest fear indicator is betting on the turn exactly the size you’ve bet on the flop. If the pot was 2000 on the flop and you put 1200, in case a villain calls, the pot will become 4400. If you bet 1200 again it won't support your bluff, and in addition, you'll give your rival a chance to collect his card on the river. As your goal is to force him to fold, you should bet the maximum so he won't have another option but fold. 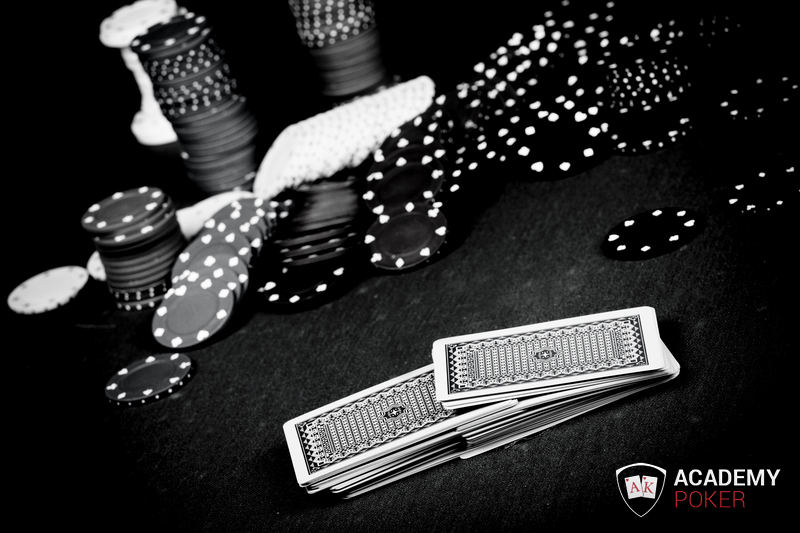 Using position to demonstrate the strength

There are many ways to represent a strong hand. It's much easier to do it being in early positions pre-flop. You can learn to effectively use your position for representing strength even against aggressive rivals.

RAISING PRE-FLOP - one way to do this is to simply raise pre-flop. Raising pre-flop from the button would represent a lot more strength than raising from the blinds. If you called pre-flop, then you can successfully bet and win the pot by going on betting.

RAISING CONTINUATION BETS - another situation to use your position to represent strength post flop - when you are to the left of the player who always cbets. There's an opinion that it's more reasonable to call than to raise pre-flop so as to control the pot size and to knock the player out on the flop. Raising will mean your hand is good. If your rival cbets in 100% of hands, he loses pots in 2/3 of cases, and you can win the pot boosted 2.5 - 3.5 times.

CALLING CONTINUATION BETS - let's go on with the same example of a player who always cbets; there’s an opinion that calling on the flop is a good way to win the pot on the turn. To use these tactics you should consider the past games features and flop structure.

REPRESENTING A FLUSH - one of the ways to pull off the perfect bluff is to call on the flop representing a flush draw. Let's assume you call, a villain calls too, and the flop comes

. When calling the flop you may have a number of combinations that will cause a villain to act carefully. Since you've called the flop, your cards should be like

or a flush draw. If the turn comes to another heart, you can keep bluffing by representing the flush. Since there's a high probability that you have a top hand, your rivals will choose to fold as quickly as possible.

People tend to think that if you are representing a hand it's necessarily a strong hand. Yet, it’s not entirely true, as you can easily represent a weak hand to make your rival go on playing.

This is one of the best tactics to use against aggressive rivals. Cbetting might mean to many players that you will bet on the flop in case you've raised pre-flop. If you have a good flop hand such as two pairs, a set, or a top pair, make a small cbet to make your rivals raise. For example, the board is

, and the pot consists of 450 chips; 200 would be a nice bet in this situation. It's small enough to represent a weak hand and causes your rivals to believe you'll fold soon. It's in your favor when your rival tends to go all-in hoping this will make you fold.

PROBE BET WITH A STRONG HAND

Similar to representing a cbet, you can get plenty of chips from an aggressive player by just raising slightly pre-flop. It's not that you prefer making small bets, as your cards are really good, but if you don’t act this way, then your rivals will easily figure out what your cards are. It's recommended to put about the size of the pot. For example, if you have a set of fives, the flop came

, and your small bet will be a lure for an aggressive player.

To know more about bluffs watch the stream by our MTT coach Leo DonLeon. You will learn how to choose the perfect bluff point and how to build your bluffing strategy. Watch the video starting from 00:51.

In the next lesson, we will talk about pot odds at a professional level.